The Ancient Egyptian Heritage and Archaeology Fund is a registered 501c3, private, nonprofit organization with a mission is to support research and conservation on Egyptian history and culture. In particular, it seeks to record and publish sites and monuments at risk from agricultural and urban expansion, looting, and vandalism.

In affiliation with the American University of Cairo and working at the Invitation of the Ministry of Antiquities of Egypt, we have been working since 2017 at the site of Deir el-Ballas. As the forward capital for the Theban kings during the Hyksos expulsion, Deir el-Ballas is of great archaeological and historical importance, but the site is at extreme risk from both looting and from the uncontrolled expansion of the neighboring modern town. Our fieldwork also dovetails with a grant we received from the Shelby White and Leon Levy Program for Archaeological Publications to prepare the results of the original expedition conducted at the site in 1900-1901 by George Andrew Reisner working for the Phoebe A. Hearst Expedition of the University of California.

The new archaeological work and the publication of the original expedition’s records provide an opportunity to revisit and transmit this important information that has never seen the light of day. Despite its long neglect, Deir el-Ballas is a particularly important resource for information on the development of urbanism and the state in ancient Egypt at one of the most pivotal points in its history.

The Fund has also taken on a project to document the history of American Egyptology through recording video oral histories of some of the most important scholars working in the field. So far we have conducted interviews with David O’Connor, Kent Weeks, Jack Josephson, Christine Lilyquist, and Donald Redford.

In addition, the Fund has undertaken a publication program and is currently in process of preparing an unpublished manuscript on archaeological technique by pioneering American Egyptologist, George Andrew Reisner and an English translation of Valdemar Schmidt’s, Sarkofager, Mumiekister og Mumiehylstre i det gamle Aegypten, the most comprehensive work written on Ancient Egyptian Funerary Art, but until now only available in the original Danish edition. 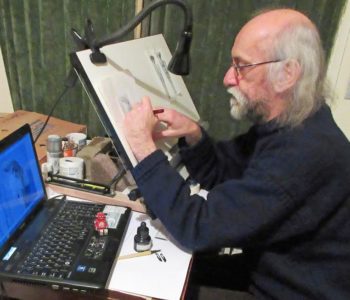 Andy Boyce has spent most of his working life as an archaeological illustrator, specialising in ancient Egyptian material. Starting at Deir el-Ballas in 1985, he went on to spend numerous seasons at Tell el Amarna. Andy’s drawings from his work on-site and in museums have been published in a variety of excavation reports and journals, and he has taught archaeological illustration at Cambridge. He currently lives in the seaside town of Cromer on the Norfolk coast of England, where in his spare time he is writing a book on its late 19th-century architecture. 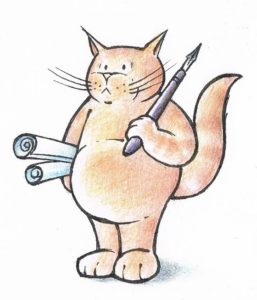 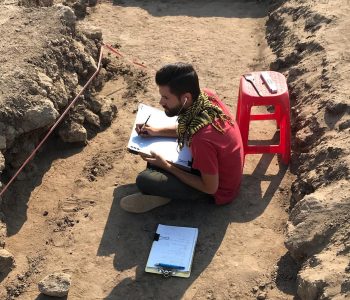 Nick Brown is an American Egyptologist who has worked as an archaeologist in Egypt since 2011. He received his MA degree in Egyptology from the American University in Cairo in 2016, and currently is an Egyptology PhD student at the University of California, Los Angeles. His excavation experience includes working with archaeological sites in Aswan (at Elephantine Island and Wadi el-Hudi), as well as funerary sites in both Luxor and Amarna. In 2016, Nicholas spent the summer working at the MFA, Boston as the Terrace Curatorial Research Associate in Egyptology. He returned to the MFA Boston over the summer of 2019 to conduct archival research for the Egyptian Art Department’s exhibit “Ancient Nubia Now.” Nicholas joined the Deir el-Ballas Expedition as the team’s archaeologist in 2019, where he assisted with work in the North Palace Settlement. 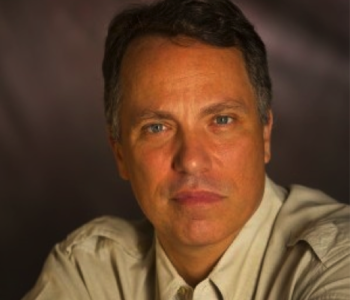 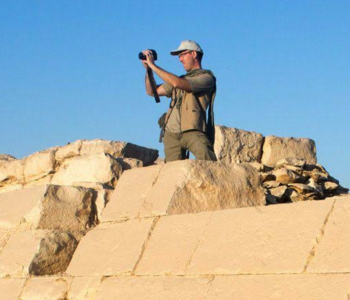