Our fieldwork at the site will dovetail with a grant we have received from the Shelby White and Leon Levy Program for Archaeological Publications to prepare the results of the original expedition conducted at the site in 1900-1901 by George Andrew Reisner working for the Phoebe A. Hearst Expedition of the University of California.

The new expedition’s work and the publication grant provides an opportunity to revisit, refine and transmit the results of the Hearst Expedition’s earlier work which has never seen the light of day. Thanks to the grant from the Shelby White and Leon Levy Program for Archaeological Publications we have made significant progress in preparing the material for eventual publication.

The objects from Deir el-Ballas in storage at the Museum of Fine Arts in Boston have all been drawn and photographed and additional drawings and selected archival photographs of the 1900-01 excavations were identified to be reprinted for the publication. We have also been working with Victoria Jensen, from the Hearst Museum at the University of California Berkeley to coordinate the Reisner archival material that is shared by both institutions. A total of over 400 objects in storage at the Museum of Fine Arts have been drawn and are in the process of being inked for publication by Andrew Boyce. Additional material from the site collected by Albert M/ Lythgoe while he was working at the site with Reisner and later presented to the Metropolitan Museum of Art in New York has also been recorded.

In 2017 an international team will travel to document the materials from Deir el-Ballas in storage at the Phoebe A. Hearst Museum of Anthropology, University of California, Berkeley, CA.

Afterward, team will write up all the Deir el-Ballas materials from Boston, Berkeley and the Metropolitan and prepare the draft manuscript to be sent to the editor for the preparation of a camera-ready manuscript.

In addition to the publication project, we are developing a freely accessible website to enable users to search through a wide variety of multimedia documentation which will include original documentation such as digital imagery, photographs, maps, plans and drawings and be up by the time of the final manuscript preparation.

Thanks again to funding from the Shelby White and Leon Levy Program for Archaeological Publications we hope to complete the prepariation of the material from the unpublished excavations of George Andrew Reisner at the site of Deir el-Ballas . Niv Allon and Peter Lacovara made a trip to Berkeley from April 2 to 14, 2018 to record the ostraca and objects from Deir el-Ballas excavations in storage at the Phoebe A. Hearst Museum at the University of California. We were joined there by Christian Knoblauch and Bettina Bader of the Institut für Orientalische und Europäische Archäologie, Österreichische Akademie der Wissenschaften to record the ceramics from the site. We examined, recorded, drew and photographed over 400 objects in storage as well more than 350 ceramic vessels, and all drawings are now in the process of being inked for publication (see the examples by Andrew Boyce below). In addition to the materials we already knew about, an album of photographs of the Hearst Expedition taken by Albert M. Lythgoe, who was part of the team, was discovered in the archives of the Metropolitan Museum of Art and they have been digitized and made available to the project. 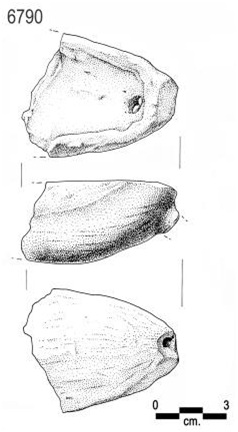 Fragments of a clay model axe and dagger, Museum of Fine Arts, Boston

Clay model sickle-sword, the earliest known example of this weapon in Egypt from Deir el-Ballas in the Phoebe A. Hearst Museum of the University of California, Berkeley 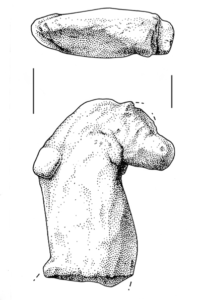 Clay model horse, also the earliest representation known from Egypt. From Deir el-Ballas in the Phoebe A. Hearst Museum of the University of California, Berkeley 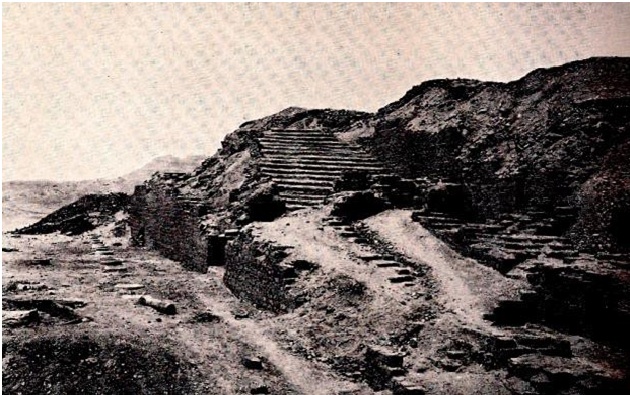 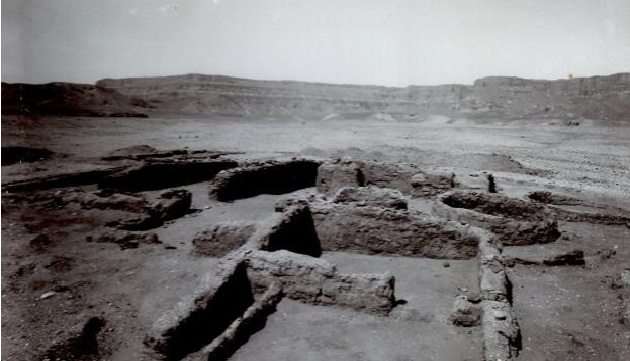 Unidentified house in the vicinity of the North Palace looking west 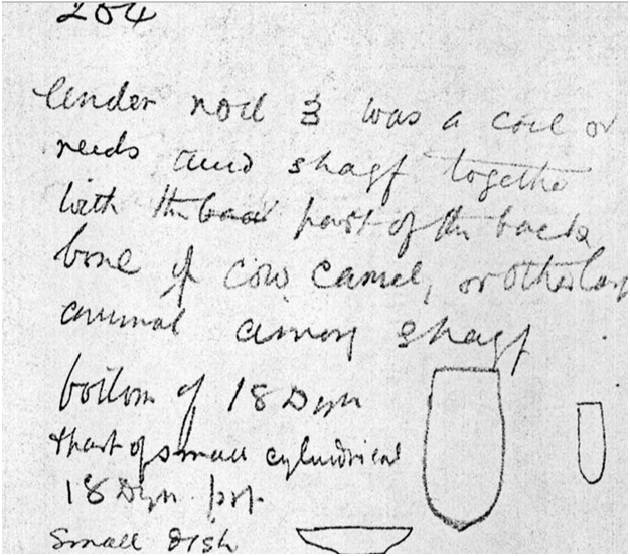 Notes on the contents of tomb 204 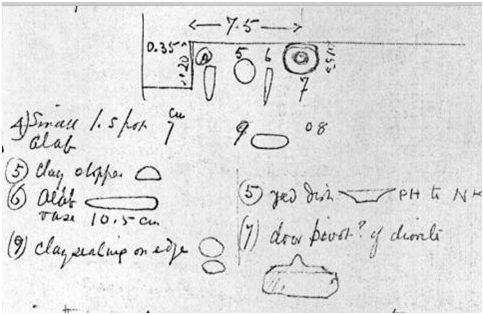 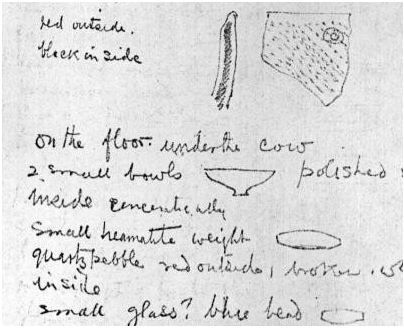 Notes on artifacts discovered in the North Palace