In addition to the Deir el-Ballas publications, the Ancient Egyptian Heritage and Archaeology Fund is undertaking a number of additional publication projects, including a series under its own imprint to make available and update important early Egyptological publications. The first of our publications, George Andrew Reisner’s Archaeological Fieldwork in Egypt: A Method of Historical Research is now available for purchase through Amazon: 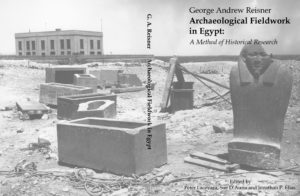 George Andrew Reisner (November 5, 1867 – June 6, 1942) was the most important American Archaeologist to excavate in the Nile Valley. Working for over 40 years in Egypt and the Sudan, his discoveries were legendary. Working for the University of California, the Egyptian Antiquities Service, and the Harvard University-Museum of Fine Arts Expedition at sites stretching from the Giza Pyramids to the royal tombs at Meroe, some of the greatest discoveries in the history of archaeology were made by Reisner and his teams.

The completed manuscript for George Andrew Reisner’s Archaeological Fieldwork was submitted to Methuen and Company Ltd. Publishers in 1937, but unfortunately, the publishers decided that such a publication was too specialized to be profitable. But given the extent of his work and the number of excavators he trained even almost a century later, it remains an invaluable tool to our understanding of his work.  Edited with the help of Sue D’Auria and Jonathan P. Elias, the text remains largely Reisner’s original. While most of the excavation methods described in the manual are clearly outdated, this manuscript is invaluable for our understanding and interpretation of his results and of this important period in the development of archaeology.

The latest volume in our series is a translation of Valdemar Schmidt’s, Sarkofager, Mumiekister og Mumiehylstre i det gamle Aegypten, the classic work on ancient Egyptian funerary art was translated from the original Danish for the first time by Ziff Jonker and is also available on Amazon. 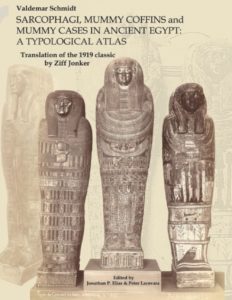 Other books, articles, and papers are in the planning stages. More on all these soon!