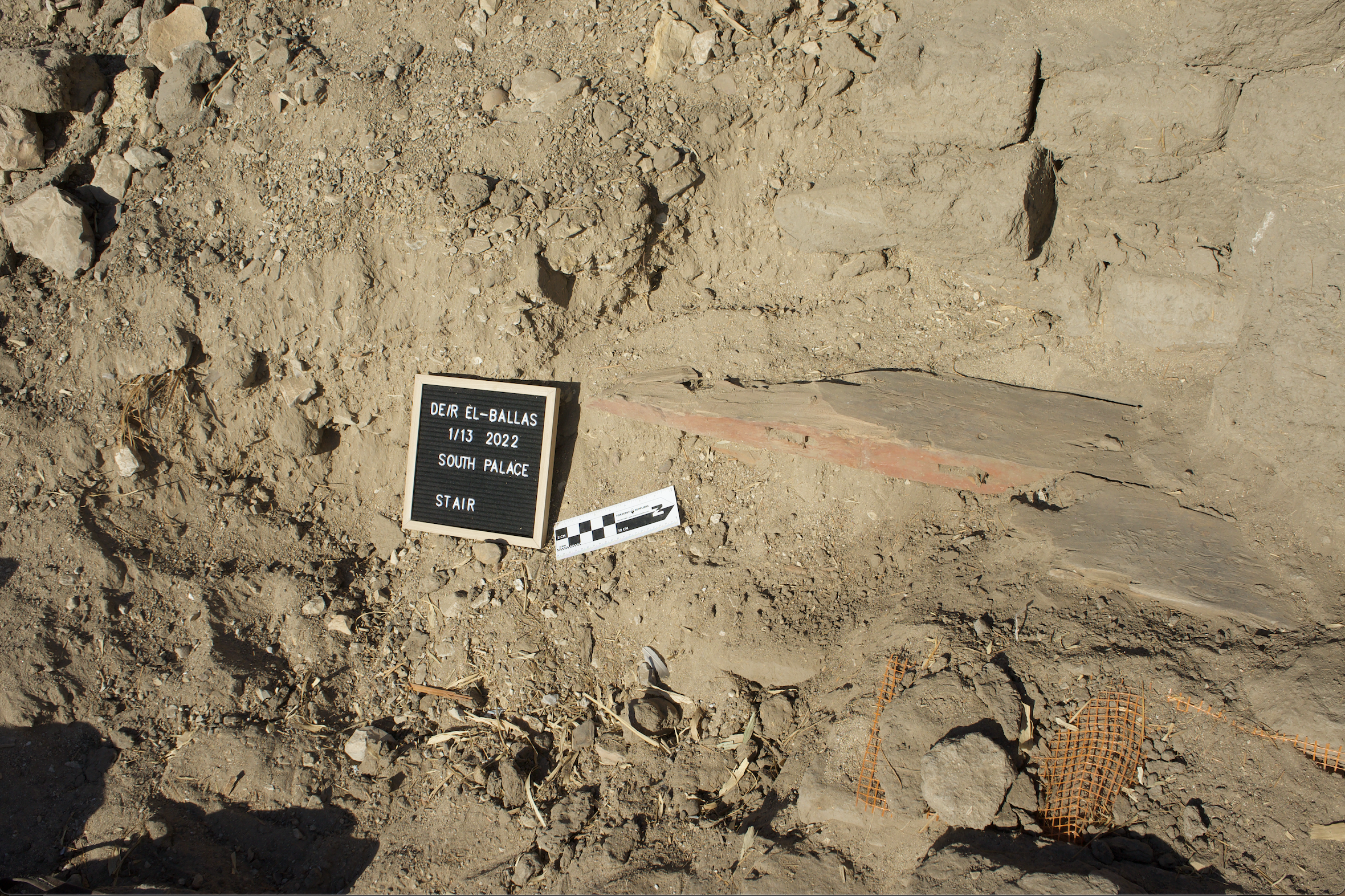 This marks our first week back at the site. We are continuing the restoration on the “South Palace” and have finished the façade and are now capping the inner stairway wall preparatory to restoring the stairway next week. During the cleaning to cap the wall, we discovered more wood fragments embedded in the mud-brick on. The same line as those found earlier. One was another cedar fragment that had been painted red with pegged mortise and tenons, an important innovation in the evolution of shipbuilding. Another piece had a heavily worn surface and was perhaps originally part of the ship’s decking. Both fragments were firmly embedded in the wall and could not be taken out safely and so they were recorded and covered over to protect them.

Ellen Morris was investigating the top of the platform but it had been so turned over even before Reisner’s excavations in 1900, that little or nothing of the original surface seems to have survived. Nicholas Brown continued his work in House E, defining the periphery of the structure and finishing up the interior rooms.

The Deir el-Ballas expedition opened the 2022 season on Thursday, January 6 th , 2022 with a site visit to assess the condition of the archaeological remains. With the exception of some instances of modern looting and disturbance, the area was in overall good condition from the last time the team worked there. Our team’s work in the North-Suburb (a settlement area directly west of the North Palace and its enclosure wall) began on Sunday, January 9 th , 2022. My job this season is to continue the archaeological investigation, excavation, and conservation efforts of a housing complex known as “House E” (Figure 1). House E is located in the North-Suburb of the site, between two nearby buildings (House D and House F). As so far revealed by the previous excavations in the area (during the 1980s and most-recently in 2019), it appears that the house is a large villa complex with associated areas directly to the west and south that contain evidence of home-industry and craft production (Figure 2). These industrial areas include a textile workshop (Room 5) and an outdoor courtyard area with extensive deposits of ash and evidence of agate bead production (House E West).

Our archaeological goals for the 2022 season include: finishing clearance of the unexcavated section of Room 5 (the textile workshop); to finish exploring Rooms S1, S2, and S3 just south of Room 5 (to determine the function of these ancillary spaces in antiquity); archaeological investigation of Room 4, the northern-most room of the house that has never been explored or studied; sample trenches in the enigmatic “W2 Corridor” to determine its relationship to the house and function in antiquity; and to continue investigating the northern part of House E West, the open courtyard area directly west of House E. These archaeological excavations and investigation will help us determine the function of each space within the house, how the different rooms related to each other in antiquity, and also to better understand the overall function of House E in the greater North-Suburb area of Deir el-Ballas during the end of the Second Intermediate Period into the New Kingdom.

Throughout the course of our work this season, we also hope to begin salvage and conservation efforts at the house, to better protect it from modern disturbance and encroachment from the nearby village. After archaeological investigation and documentation, we plan to cap the remaining ancient mudbrick walls with modern mudbrick. This is done in order to stabilize the existing architecture, but also to help delineate the area as an archaeological site for the locals and future tourists who would visit the site. Similar conservation efforts were done in 2019 at House D, directly north of House E, and this effort proved successful in preserving the structure and surrounding area from modern interventions (Figure 3).

Our Egyptian excavation team this year working at House E includes El-Tayeb Mohammed and Mohammed Ali Mohammed, our two excavation supervisors from Luxor, and Ahmed, Hamdi, Abelyousser, and Abdu, our local teammates from the modern village of Ballas. The Deir el-Ballas Expedition is happy to be collaborating closely with our colleagues from the Ministry of Tourism and Antiquities, represented by Ayman Hindy, Director of the Qena office, and Heba Hassan Kamel, our Antiquities Inspector for the month. 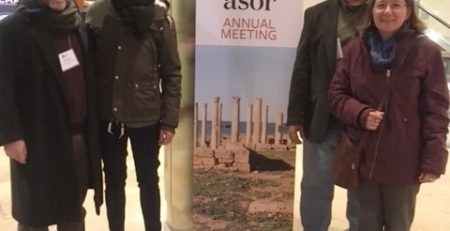 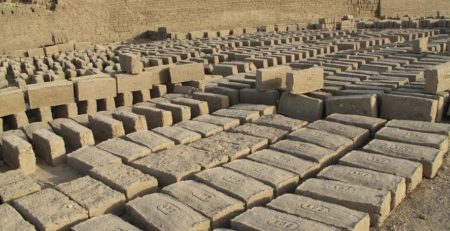 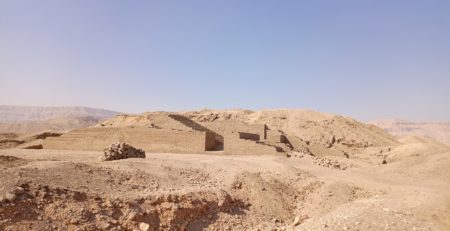 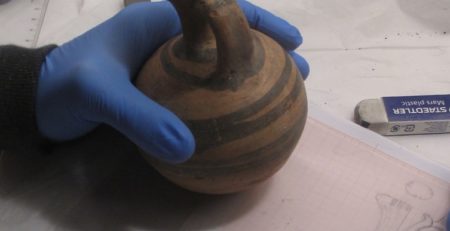 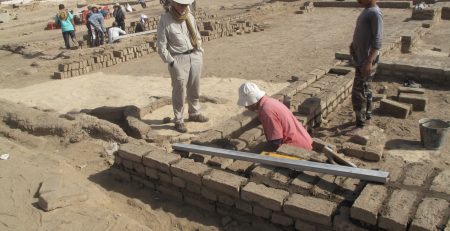 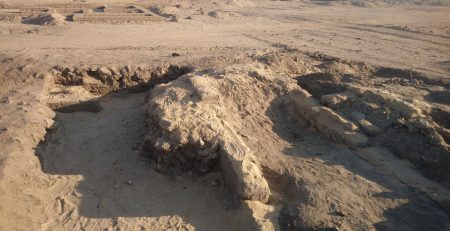 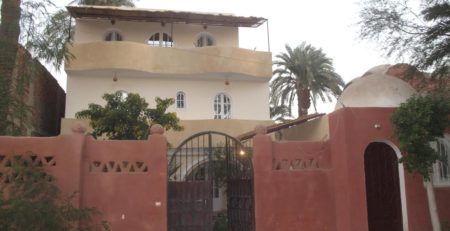 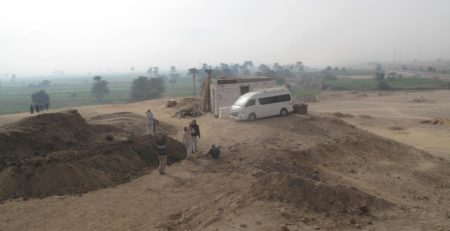